Home > Lifestyle & Leisure > How Big is Your Carbon Footprint? 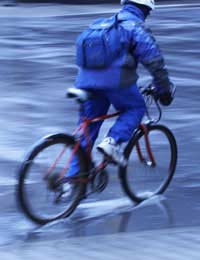 “Carbon footprint” is probably one of today’s most heard expressions, often in one of the innumerable sound-bites from politicians and public figures as they compete to out-green each other in the scramble for the environmental equivalent of the moral high ground. Though it has only recently entered the general lexicon, this particular bit of eco-jargon has captured the spirit of the moment – along with its close cousins “carbon emissions” and “carbon offsetting” – but how can we know how big ours is and what can we do about it?

If you want to be very precise about your own footprint, a quick web search will soon offer you any number of sites with carbon calculators, which will allow you to get a very accurate figure – but, as you might expect, they do not always agree with each other. Even so, when you do have your figure, what exactly does it mean? Does it make you an environmental hero or an eco-villain? Unsurprisingly, carbon footprints vary around the world depending on where you live and the more developed and prosperous the country, the larger the average person’s footprint.

Why that should be, is pretty obvious. There are two components to your final total, comprising primary and secondary elements. Primary elements are those which result in our own direct release of carbon – how much we produce burning fossil fuels to heat our homes or travel, for example. Secondary ones involve indirect emissions – the carbon which arises as a result of the manufacture and transport of the things that we buy. The developed world uses a disproportionate amount of energy and consumes a far larger share of resources than the poorer nations – hence the disparity of carbon footprints. To put this in context, while the average inhabitant of the undeveloped world has an annual carbon footprint of less than two tonnes of CO2, the average Briton has one of around eleven tonnes and the average American about twenty. This has prompted the UK Government to seek to reduce our carbon footprint by seven tonnes – down to four tonnes apiece – by 2050. To put all of this in context, many authorities believe that a global average of around two tonnes per person is the maximum which the planet can sustain.

It is an inconvenient fact of life in the UK of the 21st Century that just about everything we do contributes to our carbon footprint – boiling that kettle every bit as much as taking that long-haul flight to Australia. So how can we – as individuals – reduce our footprint and move in the direction of carbon neutrality, without abandoning useful, productive and socially engaged lives in favour of living in the isolation of a mud hut?

Fortunately there are many things which we can all usefully do. Cutting waste and recycling or reusing whatever you can is one way to make a big reduction in your carbon footprint. All in all, recycling has already reduced the UK's carbon figures from 25 million to 15 million tonnes a year – the equivalent of taking around 3.5 million cars off the road, according to WRAP – the industry’s official body. Reducing your household energy demands is another way to move nearer to carbon neutrality. Simple steps such as boiling only the water you need in your kettle, using energy-saving light bulbs, turning the central heating down by just 1°C, avoiding the “standby” mode on appliances, and making sure you have adequate insulation can all make a big difference.

When it comes to travel, the best way to cut your carbon footprint is to abandon motorised transport altogether and walk or cycle, though, of course, this will not always be a practical solution. Even when it is not, there are always alternatives to consider – public transport, car-pooling and the like – and failing that, the option of either buying a more eco-friendly car, or converting yours to a less harmful fuel, such as liquid petroleum gas (LPG). This will typically cost between £1,500-£2,000, but should reduce fuel costs by nearly half – as well as being far cleaner and kinder to the environment. As for holidays, staying closer to home helps you avoid the biggest perceived villain of the lot – air travel. While flying is undoubtedly the fastest growing carbon contributor, it is not currently the largest, accounting for less than six per cent of the UK’s total CO2 emissions, while road transport is responsible for around 20 per cent. However air travel is growing very swiftly and its contribution will soon account for a much larger proportion of the total if the number of flights made continues to rise as predicted, making reductions now – ahead of this anticipated surge – particularly worthwhile.

In the end, the simple fact of being alive means that we all have a carbon footprint. However, being aware of the problem, coupled with a little thought and care can allow us to make sure that ours is no bigger than it really needs to be.