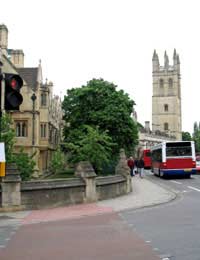 Transport inevitably has an impact on the environment – however we choose to travel – and if pollution levels and road congestion are to be addressed and the quality of life in our towns and cities consequently improved, integrated public transport systems will play a major role. It seems likely that buses will be at the core of any such plan, but apart from being a fairly efficient way of moving people relatively short distances, what makes them so suited for the role – and so beloved by both the eco-conscious and the writers of political sound-bites? In short, where is the real environmental benefit in catching the bus?

Part of the answer comes from the old and oft-quoted stock replies. Buses can help to alleviate congestion, reduce carbon emissions, are typically more fuel efficient per passenger mile than cars – especially when the driver is the only occupant – and provide a readily accessible, socially inclusive form of transport.

All of this is true, of course, but we are firmly in sound-bite territory here and none of this is particularly novel or enlightening. Significantly too, it leaves one of the big criticisms of buses un-addressed – particulates, carbon emissions, exhaust fumes and their own contribution to poor air quality in our urban centres.

Currently the road transport sector as a whole accounts for around a fifth of the UK’s annual CO2 emissions and some of the responsibility for that lies squarely with buses. Ironically, it is as the operators seek to deal with this problem, that the bus may be given its greatest scope for proving its true mettle as an eco-friendly way to get about.

There is, clearly, something of a fundamental flaw in the argument for using fossil fuels in a form of transport purporting to be eco-friendly.

Aside from the obvious contribution of ancient carbon to a modern atmosphere, even the best of the latest low-sulphur “clean” diesels offer only relative cleanliness and while they represent a major advance over older fuels, they are at best green-ish rather than truly green.

Addressing this has led some bus companies to embrace Liquefied Petroleum Gas (LPG), a fuel which burns more cleanly than diesel and so has lower emissions – but is roughly half the price and leaves performance and mpg virtually unchanged. Although converting a diesel engine to run off LPG – which can be done to most heavy duty diesel units – requires more modification than a petrol engine, the benefits are even greater. Converted buses are around 70 per cent cleaner and 30 per cent quieter, while their nitrogen dioxide emissions fall by 80 per cent, particulates by 90 per cent and carbon monoxide emissions are reduced to well below the regulation threshold levels. In addition, because LPG burns more cleanly, engine life can be extended and maintenance requirements are lower, which leads to an economic benefit as well as an environmental one.

Other operators have gone even further down the road of alternative fuels. One company in County Durham, for instance, has been running some of its buses on landfill gas for a number of years, taking the idea of recycling waste to an entirely new level. Bio-diesel offers a more mainstream approach to alternative fuels – another clean burner which avoids the problems of fossil carbon release – while some bus operators have taken the plunge and opted to go fully electric. Since many bus routes cover relatively short distances, the likes of the TrolleyCoach, for instance, possibly represent the most practical use of electric vehicles, with zero emissions at street level, low noise and minimal environmental impact – eco-friendly transport at its best.

In the final analysis the best answer to the question probably lies not in what buses provide now, so much as where their development may take them in the future and they would seem to have exciting potential, not least in the choice of eco-friendly fuels open to them. Perhaps this should not come as too much of a surprise – after all the bus has a long and illustrious history as a socially inclusive means of transport. It seems inconceivable that it will not rise to the environmental challenges of today.