Fuel Use and Carbon Emissions 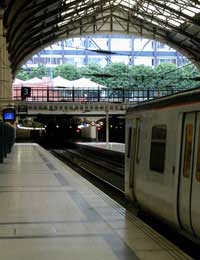 For all of the discussion about the rather abstract and more intangible aspects of carbon emissions, greenhouse gases and global warming, the bottom line comes down to fuel use. To use more fuel to travel a given distance than another form of transport is to be more polluting, more harmful – in matters of the environment, less is definitely more! This has, somewhat simplistically, been used to demonise certain methods of transport – such as flying and motor cars, for example – but in reality the issue is not quite so straightforward as it has sometimes been made to appear.

It has often been said that there are lies, damned lies and statistics – and depending on how you present or manipulate the figures, you can prove just about anything. On the face of it, the fact that the eco-friendly Toyota Prius produces only 104 grams of CO2 per kilometre, while a Range Rover Turbo Diesel releases nearly three times more – 299 grams – makes the luxury 4x4 the obvious villain of the piece. However, if you consider this in a wider context, the issues become much less clear cut. A recent report has shown that a London bus, for example, emits more than 1,400 grams of carbon dioxide for every kilometre, while one cycle of a dishwasher releases around 756 grams and a petrol lawnmower produces over 1,000 grams an hour.

A fairer and more useful comparison of fuel use is to look at the energy required per person. On this basis, the occupancy of the vehicle becomes the major factor in determining how energy efficient it is and obviously vehicles of any kind are always at their best when they are full. When you look at things in these terms, then as a general rule-of-thumb, trams, trains and buses are the most efficient, followed by motorcycles, then cars, with air travel – which produces around 1 tonne of CO2 for every 4,000 miles flown by an air traveller – bringing up the rear. Unfortunately, this comparison becomes more difficult when one form of transport at full capacity is judged against one that is part-empty – a driver-only car, for instance, can do worse in terms of the energy used per person per mile than flying in a fully-occupied aeroplane.

Fuel economy matters to everyone. No one ignores the economic benefits of greater fuel efficiency, even if the environmental ones are less passionately embraced.

We all have an intuitive understanding that the faster we drive, the more petrol we use, but exactly how much difference it makes to the overall fuel consumption has only just begun to be realised, thanks to a recent German study of a number of current car models. The BMW 530i, for instance, covered just under 30 miles per gallon (mpg) travelling at 50mph; at 70mph, that figured dropped to 23mpg – and adding a bicycle carrier to its roof increased fuel consumption by just over 10 per cent at 60mph. Figures from the US also show that driving at 50mph instead of 80mph yields between 20 – 70 per cent improvement in fuel economy, dependent on the make and model of the vehicle – a largely unexpected twist to the “speed kills” message.

Of the six greenhouse gases covered by the Kyoto protocol, carbon dioxide (CO2) accounts for the lion’s share of the total potential global warming effect. Road traffic is responsible for contributing around 20 per cent of the UK’s total CO2 emissions – a situation broadly echoed across Europe – so using fuel more efficiently – and generating less carbon – has clear environmental benefits.

To say that flying has been having a bit of a bad press recently would be something of an understatement and while it is the fastest growing carbon contributor, it is not the largest – at least not at present – though the speed of its growth makes this liable to change. While long-haul flights are singled out for particular criticism, from a fuel use perspective, of all forms of air travel, the most fuel hungry are the low-capacity regional turboprops and jets, since they are often not fully occupied and the highest fuel use occurs in take-off and landing. By contrast, medium and long-haul aircraft tend to be flown nearer their full passenger capacity and typically achieve twice the fuel efficiency per passenger per mile – and some of the latest types do even better than this.

There are only really two ways to reduce carbon emissions from transport – make fewer journeys, or use less fuel. Opting to walk, cycle or use the train is one way to reduce fuel consumption, but for journeys which require a “polluting” mode of transport, understanding fuel use and the factors which influence it can help make a real difference.